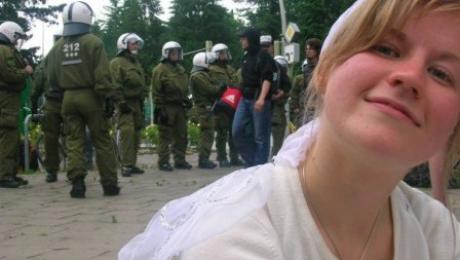 There is much that has been written about the Bible's stance on war and peace, killing and murder, justice and security, and it would take many pages to cover just some of these issues here.

However, the following may be useful food for thought - further study is encouraged:

The Kingdom of God, inaugurated by Christ, is God's rule of righteousness and peace. It is both 'here now' and 'not yet' (and the Holy Spirit is the foretaste and promise of the full Kingdom). Jesus himself perfectly demonstrated through action the ideals of the Kingdom that he also proclaimed.

The community of the Kingdom is to be marked by the cross, we are to hunger for righteousness, pursue peace, forbear revenge and love our enemies. Some Christians believe that in some very specific situations war might be defended as the lesser of two evils (the so-called 'Just War' position), but all Christians should be primarily committed to peace and justice and must never glorify or glamorise war. References for further investigation around these issues:

(These are just the tip of the iceberg of course.)

In the past, the main victims of war have been soldiers and other armed combatants. However, nowadays, the majority of casualties in modern wars are innocent civilians. The invention of indiscriminate weapons - chemical, nuclear and biological - also forces this rethink on civilian casualties.

The Bible takes an uncompromising view on 'the shedding of innocent blood,' seeing it as a great evil, which is strictly forbidden in the Old Testament except by specific divine sanction. No sin against man is worse - human blood is utterly sacrosanct; it is the very life of human beings created in the image of God.

The judicial authority that God has given the state (Romans 13:4) is strictly limited and the immunity of the innocent is to be ensured. Relevant verses for investigation:

Isaiah 32:17 says that real security does not come from weapons but from justice. As followers of Christ, we are called to be peacemakers, yet the nation we live in is sowing the seeds of war and is engaged in that gravest of sins, the shedding of innocent blood, by the continued exporting of weapons that fuel conflict, insecurity, debt and poverty.

We must do all we can to remind those in authority in this country that as Christians we would rather obey the Lord our God than be a part of this.